The author of Brave New World, The Perennial Philosophy, The Doors of Perception, The Devils of Loudon and more delivers a superb lecture to an audience at Los Alamos laboratories, effortlessly drawing on art, science and mysticism to express his ideas with tremendous eloquence.

Here's a short extract from this wonderfully recorded album released on Lansdowne as a taster of Huxley's voice and engaging charm as a speaker.

This is the entire lecture. Check out the back of the sleeve for his notes for this lecture.
Posted by Sean Williams at 11:21 PM 5 comments:

Ludwig Koch was the first person to record the voice of an animal, recording an Indian Sharma bird in 1889 on an Edison Cylinder. His interest in sound recording led him to make some of the most amazing field recordings over many decades, and we present excerpts of two records in which he is interviewed and some of his recordings are played and remarked upon.

A Salute To Ludwig Koch and a selection of some of his finest recordings
BBC Wildlife Series No. 1
BBC Records,

Adapted from a BBC programme "The Best of Ludwig Koch" originally broadcast on 11th November 1968 in "The World Of Sound" series in honour of his 87th birthday.


Ludwig Koch - recollections and recordings The pioneer of nature recordings looks back over his life. With a further selection of his unique recordings.
BBC Wildlife Series No. 6
BBC Records,

A longer version of a BBC programme produced by John Burton and originally broadcast on 14th November 1969 in the Radio 4 series "listen" to mark Ludwig Koch's 88th birthday.
Posted by Sean Williams at 8:52 PM No comments:

The warm Bradford tones of Priestley reading from Delights, finished off with the effusively rumbunctious mirthfulness of the inimitable Gerard Hoffnung. 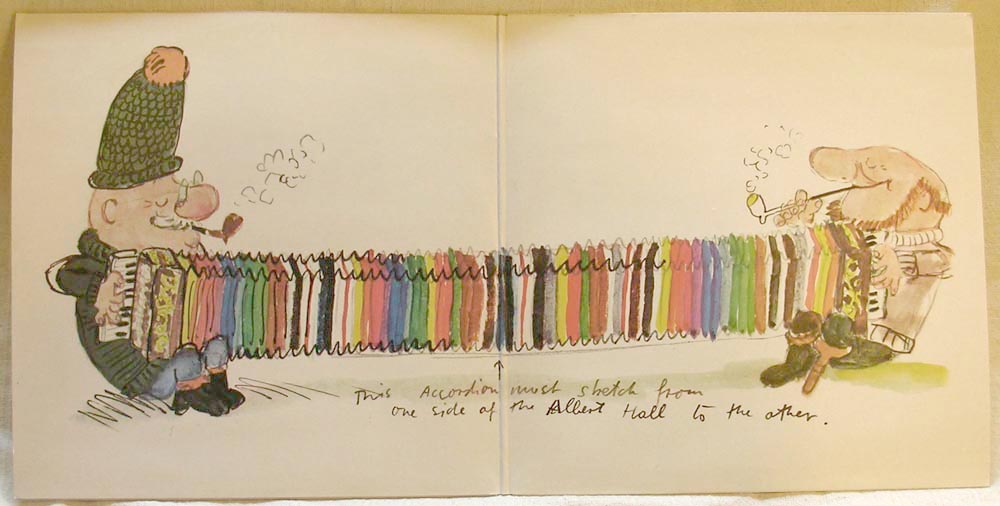 53. Sherlock Holmes and the Redheaded League

Here is an entire Sherlock Holmes story along with a selection of Aesop's Fables read by Boris Karloff.

Posted by Sean Williams at 11:54 AM No comments:

A story from the pen of Ursula Le Guin read by the author, the dulcet and infinitely reassuring tones of Peter Jones as the Book in the Hitchhikers Guide to the Galaxy, and a comprehensive account of the theory or relativity by Dr Edward Teller - easy reading for your ears!

Hitchhikers Guide To The Galaxy by Douglas Adams

I have loved the work of Douglas Adams since I watched the very first episode of the BBC TV production of Hitchhikers Guide as a small boy. Peter Jones' voice is one those very special voices that send a tingle up the spine when I hear them. I wish I could play more of this.

This time we hear all about Relativity. If you're not interested in Relativity then marvel in the germanic accent that Dr Teller rolls around his tongue. Informative and entertaining! Notably this record was also directed by the fabled Arthur Luce Klein who was responsible for most of the Spoken Arts recordings, many of which we have played on the show.

Here's an author I'm not that familiar with, but since finding this record in a junk shop in Portland round the corner from Matty and Kimberley's place, I will be looking out for some of her novels. The sleeve notes to this record are priceless and written with true wit and style. I will try to scan them or get a good quality photo and will post them here at some point soon.
Posted by Sean Williams at 8:29 PM No comments:

Ooops, left it a bit late to update this page and can't remember the strapline or running order, so below is subject to change or correction.

Wilfred Brambell as Albert and Harry H Corbett as Harold in this excerpt from The Diploma entitled The Gentle Art Of Totting. Vintage double act from the BBC series, music by Ron Grainer of Doctor Who theme-tune fame.

Should have been a double header with Teach Thissen Tyke but I only just found this at the car boot sale last week. Hello to Bennett Hogg and all at the Toon Uni.

Watch Out For The Bits! The explosive exploits of Blaster Bates volume four.
Big Ben, 1971

Blaster tells the tale of the Butterless Butty and dispenses other pearls of northern wisdom. Sorry about the swearing but it's all good fun.

Actually, we don't hear from Dame Edna herself but the fellow who introduces her show with a warm act of his own as his capacity as the Australian Cultural Attache to the Court of St James, Les Patterson.
Posted by Sean Williams at 8:14 PM 1 comment: